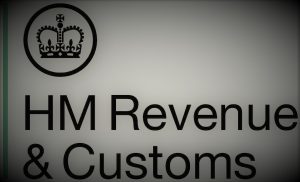 David Redfern, a leading tax preparation specialist and founder of DSR Tax Refunds, today questioned HMRC’s lack of clarity regarding the withdrawal of over 6,000 controversial APNs (Accelerated Penalty Notices) in 2017. Commenting on the anti-avoidance scheme, Redfern noted that HMRC’s explanation for the withdrawal of 6000 of these penalties in 2017 seemed reticent and could lead to lack of confidence in the scheme.

APNs were introduced in August 2014 and were designed to prevent tax avoidance by issuing a request for payment to taxpayers who HMRC believe are using tax avoidance schemes. These penalty notices are sent prior to HMRC establishing whether there is any tax liability on behalf of the taxpayer and are payable within 90 days, with restricted rights to appeal. APNs are seen as a controversial measure, described by some commentators as a strong anti-avoidance tool whilst others have accused HMRC of taking a “shoot first” approach. HMRC have issued nearly 80,000 APNs since their introduction in August 2014 but retracted 3000 in 2016 and 6000 in 2017.

Redfern stated that the lack of clarity surrounding the withdrawals was worrying, arguing that “while HMRC absolutely have a legal duty to ensure that deliberate attempts at avoidance are treated harshly, in the case of these APN retractions, their lack of explanation leaves many in the taxation industry concerned over whether HMRC are overextending their powers. For many small businesses, a payment demand such as this could be financially ruinous, especially if is a result of an internal HMRC error”. He added that the lack of transparency behind these withdrawals was concerning, stating that “due to the HMRC’s reluctance to explain these retractions, many are left questioning whether HMRC is currently able to administer the scheme in an adequate fashion – are these withdrawals due to procedural mistakes made by HMRC, systems issues or further information regarding the taxpayer’s affairs coming to light? While this ambiguity remains, questions will be asked about HMRC’s ability to administer anti-avoidance schemes fairly and robustly”.