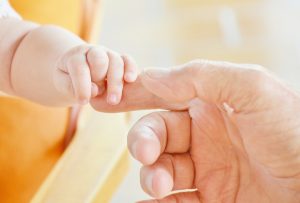 Critics of the High Income Child Benefit Charge, where higher-rate taxpayers pay a tax charge when receiving child benefit, have long-argued that the charge is fundamentally unfair – both in design and practice. Tax preparation specialist David Redfern, Managing Director of DSR Tax Refunds Ltd, appraises the tax charge and associated criticisms and questions whether those criticisms have any validity.

Introduced in January 2013, the High Income Child Benefit Charge (HICBC) was intended to boost the Treasury’s resources by restricting Child Benefit for taxpayers with an adjusted net income of £50,000 or more. By placing a tax charge of 1% on each £100 over that £50,000 threshold, this meant that taxpayers who earn more than £60,000 would receive no child benefit. However, as Redfern explains, the tax charge has been controversial from the very beginning, stating “Because the tax charge targeted individual high earners, rather than household income, HICBC has faced the very valid criticism of inequity from the very start in that a household with a sole earner who has an adjusted income of £50,000 or more is affected by this tax charge whilst a household with two earners, both earning £49,000, escapes the charge despite having nearly double the household income. Leaving the question of whether it was right to make such changes to a universal benefit which was intended to be for the benefit of the child, not the parent, aside – the method by which it has been implemented opens up a number of valid comments about its fairness”.

The High Income Child Benefit Charge is levied against any high earner living in a household which is claiming child benefit, regardless of whether they are the person claiming child benefit or whether they are a parent of the child receiving the benefit. One of the most common criticisms of the charge is that the parent claiming child benefit is often not the same person who faces the high income tax charge. Redfern added “The parent who claims child benefit is no longer treated as a totally separate entity for taxation purposes to the high earning taxpayer, eroding the independent status for taxation which was only achieved in 1990. Instead, this tax charge wears away any sense of privacy for parents as individuals as they are now forced to share such financial information between them”. In instances where a taxpayer may not know or be able to ask whether their partner receives child benefit, they can write to HMRC who will provide minimum information to clarify the tax position.

A further criticism is that the tax charge has shifted hundreds of thousands of taxpayers into the Self Assessment system. Redfern explained “High-earning taxpayers affected by the tax charge have the choice to end the child benefit claim, or continue to receive child and then pay the tax charge via Self Assessment at the end of the tax year. While HMRC has always argued that recipients can avoid the charge by stopping their child benefit claim, there are other good reasons to continue with a child benefit claim – not least that it also ensures that the person claiming child benefit, usually the mother, retains a full National Insurance record for the first 12 years of parenting when it may be patchy, therefore retaining their entitlement to a state pension and other National Insurance-dependent benefits. However, the most moderate estimates are that this has brought an additional 300,000 taxpayers into the Self Assessment system – not only creating a bureaucratic burden on the taxpayer who is now faced with completing a tax return, but also creating a further burden on HMRC’s administration of the Self Assessment system”.

As recently as September 2019, criticisms of the High Income Child Benefit Charge were being debated in parliament, with a further criticism relating to the fixing of the £50,000 threshold. Redfern stated “Whilst other tax thresholds have increased over time, the £50,000 threshold has remained fixed since January 2013. This means that there are now 370,000 more families being confronted by the choice to pay this tax charge or lose child benefit in the current tax year than there were in 2013/14, when it was introduced, creating an additional financial burden on families who are already feeling squeezed enough as it is”. HMRC undertook to review ‘Failure to Notify’ penalties earlier in the year which resulted in over 4,800 penalties for failing to notify HMRC of HICBC liability being refunded in June 2019. However, Redfern stated “Decisions about the equity of HMRC’s penalty system aside, it is clear that criticisms of the way in which HICBC is administered are valid. From eroding the independent status of individuals for taxation purposes to unfairly targeting sole earners whilst dual income household remain unaffected, it is evident that the High Income Child Benefit Charge was ill-planned and should be reconsidered”.

Our experts at DSR Tax Refunds know how hard it is to find good, quality information about HMRC’s tax regulations

Our experts at DSR Tax Refunds know how hard it is to find good, quality information about HMRC’s tax regulations