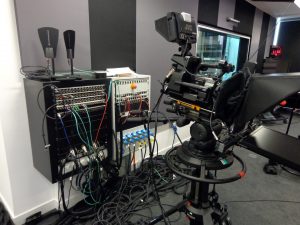 Contractors and freelancers will be weighing up the latest implications surrounding IR35 legislation as three BBC presenters are left facing a combined tax bill of nearly £1 million after a court ruling in favour of HMRC. With IR35 due to be rolled out to private sector companies in April 2020 and the responsibility for determining employment status for tax shifting to the client rather than the contractor, the contracting sector faces high levels of uncertainty. Tax preparation specialist David Redfern, Managing Director of DSR Tax Refunds Ltd, explains the latest victory by HMRC with IR35 legislation and how freelancers can help to themselves falling foul of the tax regulations.

IR35 legislation, or Off-Payroll Working Rules, has been making headlines in recent months due to a number of high-profile court cases brought by HMRC. The rules are intended to prevent workers incorrectly minimising their tax and National Insurance liabilities by falsely claiming self-employment through the use of personal service companies whilst allowing employers to cut down on their employer National Insurance liabilities. The latest case from the courts saw three BBC presenters, Joanna Gosling, David Eades and Tim Willcox, facing a combined bill of £920,000 for underpaid tax as the court ruled in favour of HMRC and stated that they were employees in all but name. The ruling came despite the judges accepting that the three presenters were forced by the BBC to accept contracts obliging them to work as freelancers. Redfern explained “The courts have ruled in HMRC’s favour, as we have seen in prior cases concerning the BBC, because the BBC were able to dictate how the presenters worked as well as when and where they worked, and so were in fact employed for the purposes of tax. Because the presenters lacked autonomy over their own working practices, the courts ruled against them. However, that the BBC should have imposed these contracts in the first instance is of great concern – if an organisation as large as the BBC is seemingly unaware of the implications of IR35 legislation, there will be many freelancers working for smaller outfits who may find themselves similarly affected”.

Currently limited to public sector companies, Off-Payroll Working Rules are due to be extended to medium to large private sector companies from April 2020. In a further change, the responsibility for determining whether a worker is affected by IR35 shifts from the worker or their intermediary to the client. HMRC’s tool for determining employment status, CEST (Check Employment Status for Tax) has been heavily criticised as being unfit for purpose. Redfern stated “This latest ruling will cause great concern for workers who will be expected to trust that their clients will determine their employment status correctly and will not create the circumstances where the worker will find themselves liable for a large bill for underpaid tax and National Insurance later down the line. As the system currently stands, the responsibility is with the worker or their intermediary but when the client is being asked to determine this – and it could be argued that it would be in the client’s favour to determine the worker as self-employed, therefore reducing employer National Insurance contributions – many contractors are going to be concerned about the implications. That CEST has been repeatedly shown to be not up to the task due to the complexities involved adds to those concerns”.

To mitigate against the risk that they will be found liable for underpaid tax and NICs, Redfern urged freelancers and contractors to increase their own awareness of the Off-Payroll Working Rules. He stated “Although the responsibility for determining employment status is due to shift away from the worker, it is vital that workers within the contracting sector enhance their own knowledge about the IR35 rules so that when faced with a contract which is borderline for IR35, they will have the knowledge to determine whether to take that contract or to request amendments to it. Where a worker has clear autonomy over their own work – when they do the work, where they do the work and whether they have the authority to substitute the actual person doing the work – cases such as these are unlikely to prove controversial. Unfortunately modern working practices for contractors are rarely that clear-cut – but as the three BBC presenters have found this week, ultimately HMRC will hold the worker responsible for their own tax affairs”.