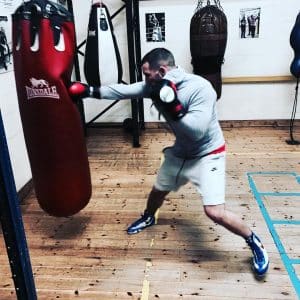 Mantell is sponsored by local tax preparation specialist firm DSR Tax Refunds in a sponsorship deal running until the end of 2018. Speaking about his forthcoming match on Friday, Mantell, 25, stated that “it’s going to be a tough fight, Shaun has a tough knockout record, but I’m up to the challenge”. His fight last September, against Sam Godfrey at Nottingham’s Motorpoint Arena, ended in a points victory for Mantell and saw him take the EBF British Middleweight champion belt. Looking forward into 2018, Mantell aims to defend his British champion belt and look to take the EBF European belt to go with it. He is also looking forward to a number of boxing tournaments over the course of the year, with the first taking place in March at Leicester Arena.

Sponsor and founder of DSR Tax Refunds, David Redfern, stated that “Jack’s professionalism and determination to succeed at the highest level is a credit to him and his sporting ambitions and we are proud to be able to sponsor him as he sets out to achieve his very best”. Friday’s boxing event starts at 6.30pm on Friday with the first match expected to begin around 7pm.

About Jack Mantell
Jack Mantell is a 25-year-old EBF British Middleweight champion from Nottingham. He is sponsored by DSR Tax Refunds.