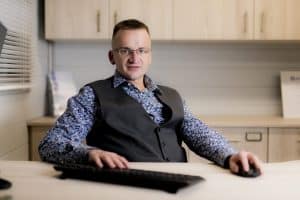 One of the UK’s leading tax experts today led the condolences for IKEA founder Ingvar Kamprad, after the death of the Swedish furniture magnate yesterday aged 91. David Redfern, a tax preparation specialist and founder of DSR Tax Refunds, paid tribute to the famed entrepreneur and spoke of how Mr Kamprad had motivated him in his own business ventures.
Redfern expressed his sadness at the passing of Mr Kamprad, stating that “the business world has lost one of its greatest innovators in Ingvar Kamprad. He inspired entrepreneurs the world over and in so many different fields of enterprise”. He spoke of how he had been inspired in business by the inventiveness and creativity of Mr Kamprad. He stated that “the way that Ingvar Kamprad married the two ideals of creativity and innovation when he founded IKEA has been an inspiration for my own business model”. He noted that although their businesses were in very different areas, he had taken many of Mr Kamprad’s business ideals into his own company. Redfern emphasised the non-hierarchical nature of DSR Tax Refunds, as well as the way that staff were encouraged and rewarded for sharing their ideas and collaborating to bring about new and inventive ways of working. He also highlighted DSR Tax Refunds’ new Think Tank room as a place for the team to share their expertise and experience in a way to benefit the company as a whole.
Redfern stated that “my own business methods have been greatly influenced by the original and imaginative approach that Mr Kamprad took to business, as well as his continued support of his own local community back in Sweden…my business ethics have been greatly inspired by his way of working”. A senior source at IKEA UK stated that “Ingvar Kamprad’s legacy will be felt around the world in the way he brought his unique way of working to a larger audience through his vision and creativity”. Redfern finished by expressing his condolences to Mr Kamprad’s family. He agreed that “Mr Kamprad’s influence will continue to be felt throughout the business world, which will be a fitting tribute to such an innovator, who brought encouragement and motivation along with his vision”.

DSR Tax Refunds are a firm of tax rebate specialists serving clients nationwide. DSR Tax Refunds are tax preparation experts who specialise in identifying potential allowable expenses for tax rebates for clients. Their specialist team can help employed and self-employed subcontractors with all relevant paperwork to ensure their claim is handled in an accurate and efficient manner.
For more about DSR Tax Refunds, visit https://tax-refunds.co.uk/
For media enquiries and hi-res images, please email Marie Scott at info@tax-refunds.co.uk or call 0115 795 0232