One of the UK’s leading tax experts today sounded a warning against using Personal Service Companies (PSCs) for the purposes of tax and National Insurance avoidance. Tax expert and founder of DSR Tax Refunds, David Redfern, spoke out today after reports surfaced at the weekend that a host of well-known BBC stars have landed in hot water with HMRC by falling foul of IR35 regulations, owing HMRC hundreds of thousands of pounds in underpaid National Insurance contributions as a result. 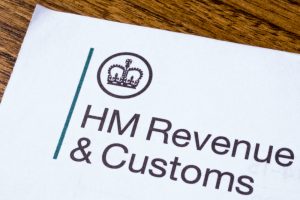 Redfern said that BBC stars such as Hustle’s Robert Glenister were “playing with fire” by risking getting on the wrong side of HMRC’s IR35 legislation, implemented by HMRC in 2000 to crack down on individuals falsely claiming to be self-employed to claim advantageous tax and National Insurance breaks. He stated that “it’s hard to believe that these stars and their advisers were unaware of the implications of using PSCs to avoid their full obligations for tax and National Insurance, but for many self-employed freelancers it’s easy to see how they could fall foul of HMRC’s regulations due to a lack of quality information about taxation”. He added that while he expected those stars under the BBC umbrella to have been better advised, he understood how the average freelancer might not be aware of this lesser-known and complex piece of HMRC legislation.
Commenting on HMRC’s statement that employment status is “dictated by the specific facts”, Redfern noted that IR35 was a complicated piece of legislation to navigate for those who didn’t have the benefit of expert advice, stating that “because HMRC’s criteria for determining who is and isn’t self-employed under their IR35 legislation is open to interpretation, it often pays to enlist specialist tax advice or you could end up owing HMRC thousands of pounds, like some of those famous faces in the news this weekend”. He added that their team of tax experts at DSR Tax Refunds were hard at work creating a knowledge base surrounding taxation information to help people understand HMRC rules and regulations.
For media enquiries, please contact: Marie Scott on 0330 122 9972 or email MarieS@dsrtaxclaims.co.uk
About
DSR Tax Refunds are tax preparation experts, based in Nottingham, UK, who specialise in helping clients win tax refunds on a no-refund, no-fee basis. Their specialist team can help workers and subcontractors with all relevant paperwork to ensure their claim is handled in an accurate and efficient manner.
DSR Tax Refunds

How to check your National Insurance record

Working in another EU country