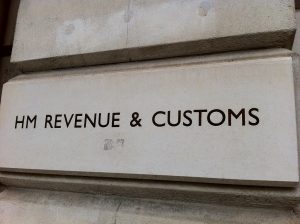 The delay to the conclusion of the government review into the controversial Disguised Remuneration Loan Charge caused by the General Election has left up to 50,000 taxpayers in limbo. The review into the Loan Charge, announced by Chancellor Sajid Javid in September, was due to conclude mid-November but has subsequently been delayed due to the dissolution of parliament for next week’s General Election.  David Redfern, tax preparation specialist and Managing Director of DSR Tax Refunds Ltd, examines recent HMRC guidance to those affected by the Loan Charge and reviews the options available for taxpayers prior to the Self Assessment deadline on 31st January 2020.

The Loan Charge came into force on 5th April 2019 in order to recoup an estimated £3.2 billion in lost tax revenue from those taxpayers who had used Disguised Remuneration schemes to lower their liability for tax. The Loan Charge applies to all disguised remuneration loans made since 6th April 1999 which were still outstanding on 5th April 2019. However, the Loan Charge has been a controversial piece of legislation from its inception. Redfern explained “Due to its retroactive nature, examining the financial activities of taxpayers of 20 years ago in some cases as well as the large sums being demanded, HMRC’s response to these Disguised Remuneration schemes has been contentious from the start. Of course, no one would argue that HMRC is wrong to close down tax avoidance schemes but the Loan Charge has been seen by many as particularly heavy-handed and has been implicated in a number of suicides. This  delay to the conclusion of the review would have been greeted with dismay by many of the thousands of taxpayers who were hoping that its conclusion would see a less punitive stance being taken by HMRC”.

Thousands of affected taxpayers had delayed settling their liability with HMRC in the hopes that the review would put an end to the Loan Charge. With these plans now in disarray, HMRC has issued guidance in order to clarify its position on the Loan Charge prior to the Self Assessment deadline on 31st January 2020. Redfern stated “In light of the review delay, HMRC has made clear the current position for those affected by the Loan Charge. As far as HMRC is concerned, the Loan Charge is still in operation and taxpayers are still expected to meet their legal requirements and tax liabilities despite the dissolution of parliament. What this means is that those affected by the Loan Charge need to report this on their Self Assessment tax return for tax year 2018/19 if they have not settled with HMRC by the Self Assessment deadline”. HMRC has stated that it intend to continue the existing practice of not charging statutory late payment interest from 1st October 2018 to those taxpayers who reach a settlement with HMRC.

Can Employees Claim Tax Relief on Household Expenses when Homeworking?

With just over two weeks to the Self Assessment deadline, millions of taxpayers will be aiming to ensure their tax

As 2019 draws to a close and a new year and new decade awaits us, a number of changes to

Essential Tax Relief Options for the Self Employed

With less than six weeks before the Self Assessment deadline for 2018/19, many of the UK’s nearly 5 million self-employed